US sanctions against China and Russia have led to growing Sino-Russian cooperation and the formation of an alliance that may eventually eclipse the Wes.

The world must pay more attention to the growing economic, political and social problems in Nigeria before the country erupts into further violence

With a population of over 190 million representing more than half of the entire population of West Africa stands Nigeria as both the continent’s biggest economy and the country having the largest population.

Nigeria is the largest oil-producer on the continent, giving it an important economic edge over its neighbours. However, this has not stopped Nigeria from falling into corruption, with some 91 million people living in extreme poverty, according to recent statistics, thus overtaking India.

Buhari, who defeated Abubakar by a margin of three million votes, has an uphill battle in front of him in fighting the Boko Haram terrorist group along with the growing economic and social problems that exacerbated during his first term in office.

The war against Boko Haram, an Islamic State (IS)-affiliated terrorist group, has left over 60,000 killed and over three million displaced since IS declared war on the Nigerian government in 2009.

The latest massacres by terrorists against Christians in Nigeria claimed the lives of 120 people and the destruction of 140 homes in the Kajuru region.

These took place between February and March 2019, and they were just the latest in a series of massacres conducted by Boko Haram and Fulani terrorist militias.

This conflict has also spilled over into neighbouring countries such as Chad and Mali, with Dogon tribes killing 115 of Muslim-majority Fulani villagers in retaliation against Fulani attacks in Mali, for example. In neighbouring Chad, Boko Haram killed 23 Chadian soldiers on 23 March.

Boko Haram has been wreaking havoc in Nigeria for over a decade, leaving thousands of dead and even kidnapping women and children.

The Nigerian government is believed to have gone to great lengths to fight the growing cancer of Boko Haram, though with few signs of success.

The group remains very active in the north of the country and has been successful in targeting civilians and army forces alike.

President Buhari originally came to power in Nigeria’s 2015 elections as a saviour for a nation that had been suffering from corruption, poverty and the war on terrorism ignited by the presence of Boko Haram.

However, despite limited economic growth over the past four years, little has been achieved in the areas Buhari promised to tackle.

The high hopes that surrounded his first election were not reflected in his performance, which did not live up to the expectations of his supporters who believed that his military background could be the key to solving the country’s security and economic issues.

The most alarming problems in Nigeria nowadays are the economy and the deteriorating social stability of this vast country. The youth unemployment rate in Nigeria skyrocketed from 10 per cent in 2014 to a whopping 38 per cent in July 2018, the highest in the country’s history.

Massive violence has been recorded on multiple occasions in elections and afterwards, with opposition PDP Party senatorial aide Nnamdi Nsorom shot by two men on a motorbike on 8 March, for example, in a sign that the violence has not stopped even after the elections.

The opposition also accuses Buhari of autocratic moves, after the arrest of his rival Abubakar’s son-in-law Alhaji Abdullahi on allegations of corruption just a week after Buhari’s election victory.

The opposition believes that the arrest was politically motivated because Abubakar had released a list of 28 “corrupt” associates of Buhari.

There have been reports of army involvement in the February 2019 elections to the extent of attacking some voters. Nigerian Army Chief of Staff Tukur Buratai said that the army had taken “proactive” measures to protect the nation slumping into a post-election crisis such as the one that took place in 1967 and led to a three-year civil war.

The Nigerian parliament has issued a decree calling for the investigation of allegations of the illegal involvement of the Nigerian army in the latest elections, derailing the democratic process.

The army has been reportedly involved in the killings of civilians, including women and children, dating back to 2011 and 2012, with over 1,111 people reported killed in the district of Borno.

This has been reported by multiple international human rights organisations, including Amnesty International, but the Nigerian army has categorically denied all such accusations.

Destroying Boko Haram was one of Buhari’s chief election promises in 2015, but four years later the country remains nearly at a standstill as the terrorist group has expanded eastwards in neighbouring countries such as Cameroon and Mali after receiving recruits from the Sub-Saharan and Sahel countries.

As Africa’s most populous country and the one having its largest economy, the situation in Nigeria has ripple effects on neighbouring countries both militarily and economically.

The international media’s lack of coverage of the events taking place in the huge country is baffling and displays a lack of responsibility, since over recent years the Western media in particular has shown little attention to escalating situations until they explode into disaster.

This may be what is brewing now in Nigeria, where the political disturbances that could lead to armed conflicts will not be limited to that country alone but will surely expand across the continent and eventually to the Western countries. These have usually paid little attention to events in Nigeria as long as Nigerian oil is flowing.

The Nigerian situation can be described in terms of what economists call “too big to fail”, and accordingly the more it drags the country down, the more volatile the situation in the entire West African region will become.

It is thus crucial that the world pays more attention to the growing economic, political and social problems in this African country before it erupts into more massive violence that could create a continental and eventually a global problem the size of those in Syria and Iraq.

Nigeria also has nearly four times the population of the latter countries combined, and it has one of the youngest populations in the world. These things alone should help to focus minds on the extent of the problems that could arise should Nigeria’s problems be left unsolved.

We Would like to Publish Your Essays
Join Us 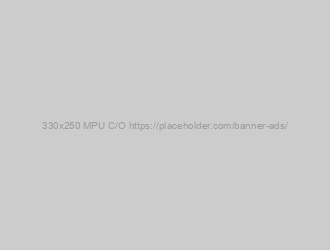